The Localism Act 2011 sets contains measures to achieve a lasting shift in power away from central and local government towards communities. Local people who know best the needs of their area and have been given power to create a neighbourhood plan and influence future planning issues affecting where they live or work.  More information

A Management Committee was elected in October 2015 with a responsibility to work with residents, businesses and the Lewisham Planning department to create the plan and ensure it reflects locally identified priorities. A resident visioning day mapped the priorities and features from which local planning policy is starting to emerge.

Residents have been identifying buildings, features and characteristics important to the local history that should be protected. Photographs are being taken by Corbett residents of the features and buildings they most value as telling a story of the local history. All this information will feature in an illustrated Corbett Estate heritage document using photographs. 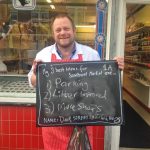 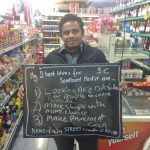 There are 5 key stages to creating a plan.  The Corbett Estate Neighbourhood Forum has reached stage 2.

The aim is to be at stage 3 by the end of the summer 2016 in preparation for inspection in the autumn followed by a local referendum.

Local residents will be kept informed each step along the way with an opportunity to contribute in whatever way they would like contributing their time and a range of skills to make the Corbett Estate Neighbourhood Plan a truly local plan.

Volunteers are needed to help the management committee create a first draft plan that can be shared with the community through a strong communications campaign and a series of events.    If you have any of the following skills please do get in touch:

Gareth lives in South East London and loves supporting communities and social projects both in real life and online.