Trending
You are at:Home»Art/ Theatre/ Film»Results of the Catford South Assembly funding vote

The Results are in!

The votes cast at the assembly meeting on Monday 12 November 2018 have been counted (twice) and verified and the outcome is per the below.

We were over subscribed by nearly £6,000 so the vote was very competitive. We were thrilled we had such a big turnout which shows how much the community has mobilised to support the projects they care about in their ward.

We would like to say a big congratulations to those who were successful at the voting stage and assure those who didn’t get funded that we are here to help in any way we can to develop their projects in our community. 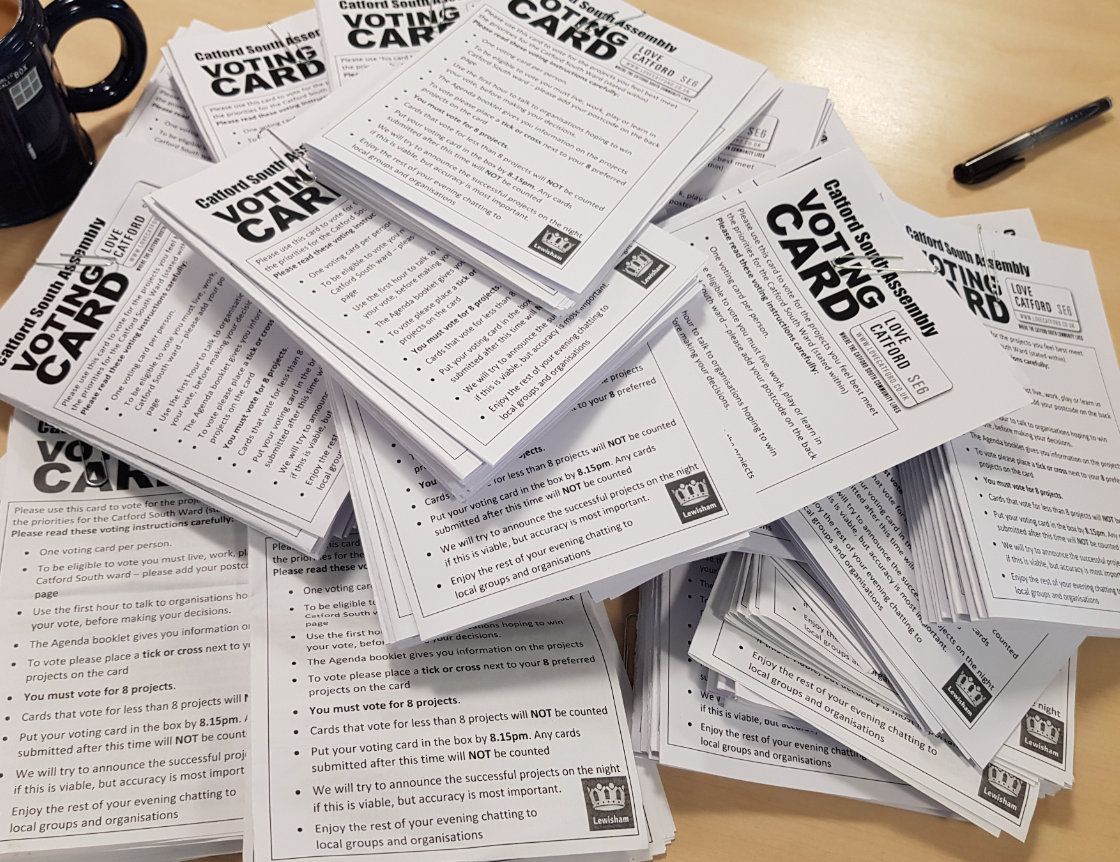 Outcome in rank order of number of votes

Funded – congratulations to the organisers and supporters of the following projects 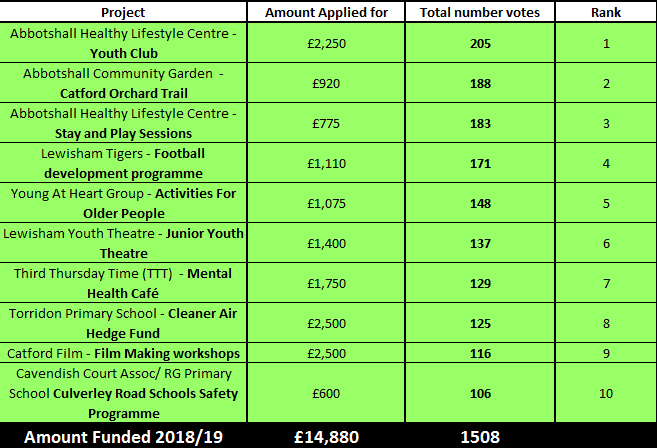 Un-funded – we are very sad that the following projects did not receive funding this year but we will help them where we can to deliver their projects to community.