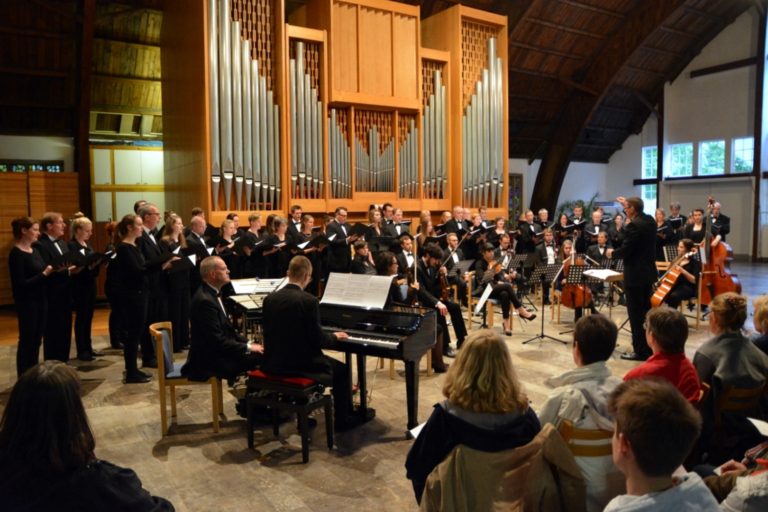 We are delighted to welcome the Johannischer Chor Berlin to Lewisham.

The choir are from Lewisham’s German twin, the Berlin suburb of Charlottenburg, and as part of a tour of England and Wales, they are presenting an evening of classical and folk music from around the world at the usual rehearsal venue of Lewisham Choral Society.
The choir have also kindly invited LCS to join them for part of the concert, and we hope that our own faithful audience will come along and show their support not only to us but also to our German friends.

The Berlin choir was formed as a youth ensemble attached to the Johannische Church amongst the capital city’s ruins in 1949. They soon began to welcome singers of all ages, to perform beyond the church and around Germany. In the choir’s early days attending rehearsals in a divided city required determination and courage but when the insurmountable barrier of the Berlin Wall went up in 1961, the choir itself had to be divided.

The choir formed their own percussion ensemble in West Berlin to accompany them and undertook radio broadcasts and recordings, which eventually financed tours around the world. Modern choral works have been added to the choir’s traditional repertoire of sacred and folk music.

The venue: St Laurence Church is five minutes walk from Catford and Catford Bridge stations, and buses 47, 54, 136, 171, 199 and 208 stop outside. Parking is relatively easy on nearby residential streets.