Trending
You are at:Home»Uncategorized»New operator sought for the Broadway Theatre café and bars

This marks the beginning of an ambitious wide-scale regeneration plan for Catford that will see over 1000 new homes built in the area, the redevelopment of the Council offices and Civic Suite, new retail outlets and public spaces.

The Broadway Theatre, an impressive Grade II listed art deco building, is itself set to undergo minor works in the short term, with more extensive works planned for the longer term to return it to its former glory with the help of external funding.

Councillor Alan Smith, Deputy Mayor, said:: “The Broadway Theatre café is a fantastic asset that has been underused for many years. We’re certain that with the right operator we can bring the space back to life, have a brilliant new venue for the local community and encourage outside visitors.” 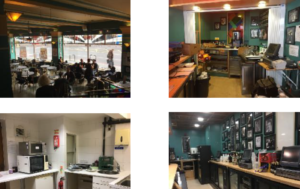 The successful candidate is expected to designate the café a south London destination.
The new operator for the cafe will be selected by the end of 2016 and should be installed by spring 2017.
Download the Tender Documents here
Expressions of interest are still being received, with a deadline of 25 November.
Interested parties should contact Louise Brooks & Nicky Chambers at broadwaytheatrecafe@bakelondon.co.uk