Trending
You are at:Home»Community»Catford South Assembly meeting – What happened at the meeting

*Small piece on Corbett Community Library – that they have become a Dementia Friendly centre, the groups they run and how to find out, plus that they’ve become fully volunteer staffer
Find out about the activities at the library here
*Age Exchange also spoke about the work being done in Catford South and beyond to become dementia friendly, Rebecca Packwood the CEO of Age Exchange, asked for people to refer carers to Age Exchange who were looking for support

Questions
Generations of local families use the park and the audience member praised the efforts to improve it and consider what works and doesn’t
Think a lot of what people think is dog poo is fox poo, and signposting that might help understanding
Have they looked at setting up a park run? Response: can’t without a cafe but would be interested if they can find a solution
Bellingham road entrance is strewn with litter, puts people off coming in, audience member suggested volunteers would come to help with one-off clean-ups. Response: planning to do litter-picking days, and maybe involve Conisborough students
Park has gone downhill tremendously over last twenty years – Ladywell has improved so much it makes one wonder why Catford has let it get this bad – playground is neglected and worst children’s playground in the borough and audience member congratulates the Friends for their efforts
follow the Friends on Twitter @ForsterMPark 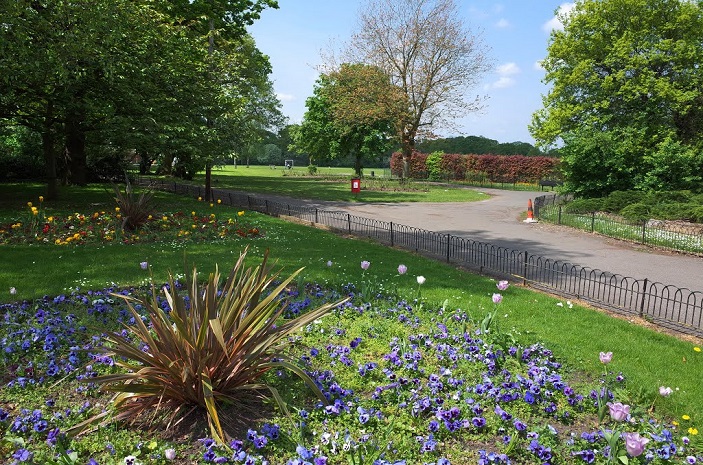 Agenda Item 3 – Lewisham Youth Theatre – Feedback on Catford South Assembly Funding
Lewisham Youth Theatre – Helen Stanley
Fed back on what the assembly funding had been spent on
Worked with 192 young people on LT projects last year and many more on ST
Started in Jan 2016
Grant was used for the project and used for evidence to gain more funding for the youth theatre and for the project
Met with students from Milan, Kingston Jamaica, then created their piece and went on tour – performed it at People’s Day and went to Northamptonshire, Hexcam, Goldsmiths
New projects to see March 22 showing of the project for NEET young people
Annual reports and flyers were distributed and thanks given to Catford South
We viewed a video by Lewisham Youth Theatre film called ‘3 little words’

Agenda item 4 – Joining the Lewisham Pensioners Forum
Lewisham Pensioner’s Forum
Spoke briefly about the forum for 50/55+
*Advertised their groups – knit and natter, games etc for a small charge
*Have a stand at the Phoenix festival in May and People’s Day in July – invited to come along
*Bimonthly mailouts
Contact To enquire, call 020 8690 7869,

Barbara Grey and Cllr Amrani spoke
Fed back from someone from NL on the high street festival in Catford and commented on sense of community
Local assembly provides opportunity for anyone in the community with an idea to have it happen
Lead by coordinating group who work out what to have at each meeting, what projects to include etc.
Look at funded projects, work with community groups, take concerns to the council etc.
Coordinating group is councillors and residents, meet once a quarter, discuss local issues
*Invite to join
*Ask Barbara on raekinda@hotmail.co.uk or Lucy lucy.formolli@lewisham.gov.uk

Agenda Item 6 – Changes to waste collection service in the summer
Cllr Amrani gave a briefing on the current changes – there will be more communication from Lewisham Council as the time grows nearer. In the meantime information can be found here
Questions
Will you get a bigger bin?
Response: recycling means the bin should be less full
Disabled husband in wheelchair with district nurses coming in 3x a week, putting medical waste in black bin – this shouldn’t be left for two weeks – and there are lots of residents with the same issues.
Response: councillor will talk to the council about special arrangements and come back to Catford South with it
Will all bins be collected on the same day?
Response: calendars are coming out shortly but the day may not be the same
Request for information and comms campaign around what can be recycled, and not just on website, on shopping etc.
Response: Cllr Stamirovski spoke about the cuts and how there isn’t choice – promised a personal visit for every household
Can people have free compost bins, which are currently priced?
Response: unsure – will come back to Catford South with it
Can we have sticker on bin for bank holidays?
Response: Information not currently available, but will let them know

Agenda Item 7 – Be a Caford Place maker
Deborah Efemini, Lewisham Council regeneration and place team
view presentation slides here for more information Catford Place maker CS Presentation
Catford Placemaker
Deborah recapped the update at the last assembly and talked about timeframes and goals
Discuss the cultural and placemaking strategy
*Can volunteer to be involved in these placemaking events and need volunteers for it to all happen
Will also be doing a huge engagement and consultation programme – public views are essential
*Invite to get involved using the portal for placemaking
Add your comments to the common place map here

Questions
We had the same thing last year – get tired of not being told what is actually going to happen to Catford.
Response: completely understand the upset, but not here to convince him otherwise but it is on the agenda and announcement should be made in the summer
Should have a tram through Catford from Beckenham to Lewisham to reduce traffic
*Cllr Stamirovski spoke about the TfL consultation about the bakerloo extension and asked everyone to lobby for it to come through Catford
Look at the consultation here

Asked for email to go around about TfL consultation and concerns around where money would come from for services like schools, GPs etc with the regeneration. Response: master plan will cover this, and it will all be specified and identified shortly

Has the funding been allocated for the regeneration?
Response: £30mil housing zone fund for it, and other funds raised by selling homes that we build to fund the rest of the regen and social housing, no good shops due to short term leases as the shopping centre will be knocked down
What are we doing about traffic?
Response: working with TfL and engaging to plan it

Cllr Amrani explained about 106 agreement money which will support key services in areas of regeneration
Deputy Mayor came to the front to brief on regen and explain the issues as portfolio holder – acknowledged funding and traffic issues – joining up with ultra low emission scheme to limit pollution or levy penalty on high pollutant vehicles. New buses being introduced – hybrids and fully electric – to reduce the pollution of standing vehicles. Will be lots of planting and greenery – everything considered is being worked into the plan to ensure that this comes together properly. Also trying to persuade TfL to re-route the buses and build a proper cohesive development by the gyratory. The developments will be phased so shops can stay open, but the shopping centre, including the Milford Towers, will have to be taken down in one go as it’s an integrated frame.

*Julia Burke announced a meeting in the Corbett library on Torridon Road on 13th of march, 7-7.30 about air pollution and invited Catford South residents to attend

Add your comments to the commonplace map here

Parking more than a quarter of a mile away, wasted police time with confrontations about parking, wants a consultation in Culverley about instating a CPZ (controlled parking zone).
Response: Cllr Stamirovski spoke about parking and said consultations are too costly to run regularly and that controlled parking zones are the only real solution, but are costly, and the Culverly Green RA organised a vote a few years ago and voted against it.
New resident stood up: refuted the claim, said the Culverly Green consultation was free as the RA ran it, and suggested that all residents concerned should write to the council to complain, about parking and litter in the area. Response: that wasn’t a democratic consultation as it was just a meeting, not a full consultation.
*17th and 18th June – street party call out to commemorate Jo Cox – please come forward if you want to volunteer

Resurfacing New Quay road – been promised for last year, but hasn’t happened. Response: is in the programme and Cllr Amrani will feed back the date

Street sweeping raised by more than one respondent – claims no sweeping during the autumn, and leaves are composting, claims more than 10 weeks, and that the debris from Doris, including 5ft branches.
Another resident: The whole of Catford is dirty.
Response: Cllr Amrani explained cuts lead to prioritising the sweeps and that environment have been contacted for the list of the sweeping schedule and he will publish that for residents once it is obtained.
View Street Sweeping schedule here Catford South Street Sweeping rota
Cllr Stamirovski: we feel the same, but the workforce has been decimated, the cuts have been huge and we can’t do it all, as Cllr Amrani said, we have to look after our elderly and educating our young people and we don’t have a lot of options.
Resident response: tired of being told that if they want their street swept they’re taking money from the elderly. Response from Cllr Amrani