Who’s ready for another fantastic year of film and events in Catford?

Catford Film have got lots of things in store for you over the next 12 months!

Please show your support at our first event of 2018, a very special screening of an important film:
Calais Children
Date: Tuesday 23rd Jan,
Time: Door 7.30pm, Film starts at 8pm, first come gets the best seats!
Place: Upstairs in the Catford Constitutional Club at
Director Sue Clayton will join us for a Q&A after the screening.
Cost: FREE event, no booking required
CALAIS CHILDREN: A CASE TO ANSWER (60mins)
Dir. Sue Clayton

Catford Film are delighted to announce that Sue Clayton will be in attendance to introduce her film, and will take questions after the screening.
Screening to raise awareness a week before a Highcourt hearing on another legal challenge to the Government’s failure to implement the Dubs Amendment in relation to unaccompanied refugee children on the 29th Jan. 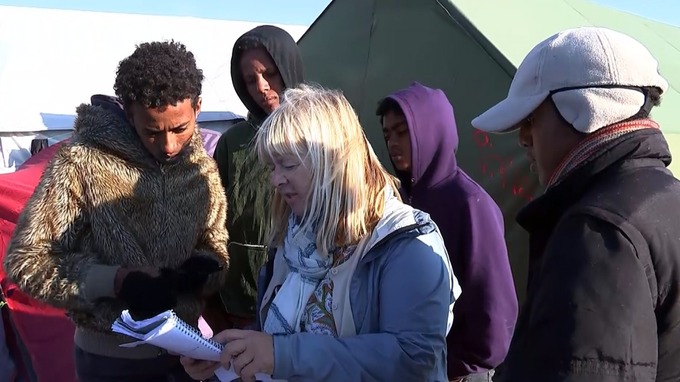 As the Calais jungle was set to be razed in October 2016, there were over 1,900 unaccompanied minors stranded there – many of whom had a legal case to enter the UK. Director Sue Clayton alongside others worked to raise the profile of these children and get their cases heard. With the camp in flames, the French President asked the UK to take some responsibility, as Calais is the UK’s official border. Theresa May refused.

What happened next is a shameful indictment of the UK’s human rights record, as the UK government delayed action; lied about the conditions the young people suffered over the following months in France; failed to properly assess their cases; and repeatedly tried to change the terms of the Dubs Amendment – legislation specifically designed to protect vulnerable minors like these.

CALAIS CHILDREN: A CASE TO ANSWER follows the young people over the months since they left the Jungle.
In telling the story of the Calais children, the film raises concerns about the remaining 85,000 minors in Europe, and questions if our Government’s cynical policy towards them is what we, the UK people, want to see done in our name.

Catford Film are looking for volunteers and ideas for upcoming screenings. If you are interested in getting more involved follow them on tiwtter: @CatfordFilm and Facebook