Trending
You are at:Home»Art/ Theatre/ Film»Glowing reviews for the new Archibald Corbett film after Premier

Archibald Cameron Corbett: The Man and The Houses, a new film about the creator of the Corbett Estate, had its inaugural screening on Saturday 20th January 2018 at St Andrews Church Hall in Catford.
The film, presented by author Lucy Mangan and starring Father Lindsay McKenna as Corbett himself, gives an insightful and comprehensive look at the man whose vision formed the Corbett Estate in Catford and beyond.

The church hall was packed out with residents keen to learn more about their founding father, and guests enjoyed a Q &A with producer, director and starts of the film. 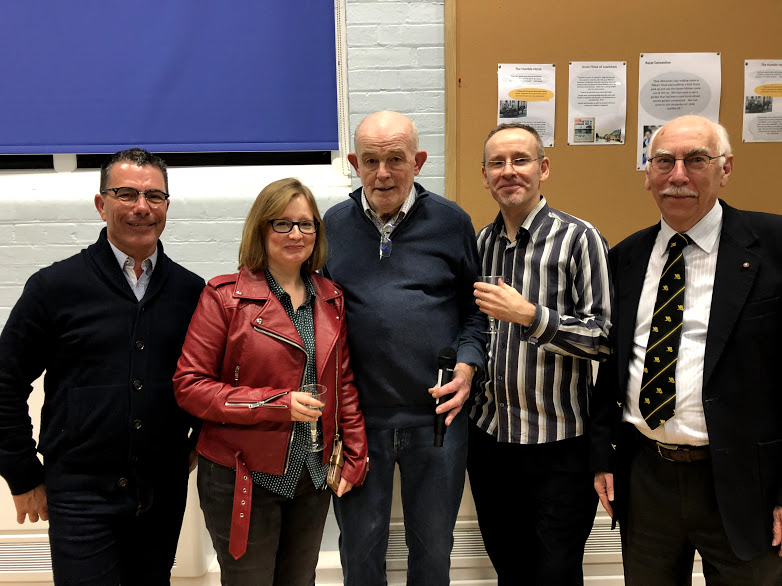 The aim is to have DVDs of the film available in the Corbett Community Library, as well as further screenings both in Catford and in Eltham, Ilford and beyond – watch this space for details. The film will also be available on the Archibald Corbett Society website in the future.