Lewisham Council has joined forces with Southwark Council and last week launched a website to get support for the Bakerloo Line Extension into the borough.
Backthebakerloo is part of a long running campaign by both authorities to ensure that the as yet unfunded scheme gets the go ahead.

Transport for London has set out plans to extend the tube Bakerloo line from Elephant and Castle to Lewisham via Old Kent Road and New Cross Gate. A further extension of the line beyond Lewisham has also been proposed, which could bring the tube to Ladywell, Catford and Lower Sydenham. TfL has carried out a number of consultations on the Bakerloo line extension and thousands of people have responded, overwhelmingly in support of the extension.

Officers have been working closely with TfL planners who’ve said that continuing to demonstrate that there is strong local support would strengthen their case.
The website provides the opportunity for people to sign up to the campaign. It will be promoted in the August issue of Lewisham Life.

It would be fantastic if you could promote this link, as well as sign up too. 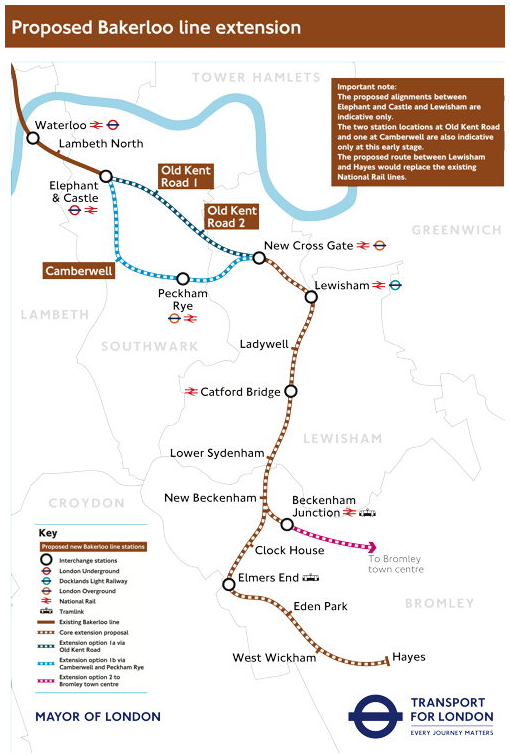