Trending
You are at:Home»Charity»Support the Ella Roberta Family Foundation by signing their petition

If you have not heard the fantastic news, the Attorney General has agreed to support our request for another inquest into Ella’s death. This is a momentous day for us and a step towards finding out the truth of how Ella died. The fact is that I couldn’t have done it without your support in signing the petition, and all your encouraging comments along the way. Ella’s siblings and I want to thank you all.

This may have taken six painful months but we have got there in the end. But this is just the first phase as there is another hurdle to get over. The fight continues as we need to convince the High Court to quash Ella’s original inquest and order a new one. Although we have the Attorney General’s backing the ultimate decision lies with a High Court Judge.

It’s not going to be an easy journey, but we knew that from the outset, and we are determined to get justice for Ella. Having the effects of air pollution recorded on her death certificate would be a legal first. It would send a clear message to our government that they must tackle the deadly impact of air pollution.

Now I need your help again. I am looking to raise funds to get the best legal representation possible. Your support could mean the difference between life and death for other children and adults living in our polluted cities.
To help please go to https://www.crowdjustice.com/case/airpollution/ Please also share on social media. 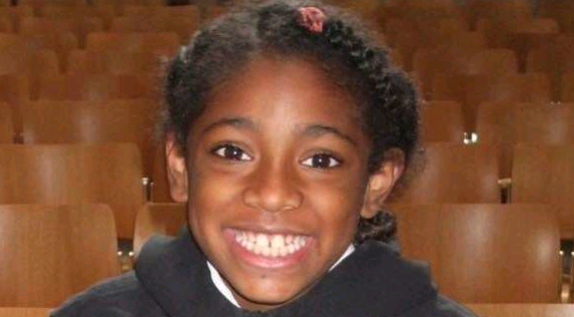 My beloved daughter Ella died in February 2013 – aged just nine years old. At the time we were told she died because of her asthma. But new evidence has come out linking her death to illegal levels of air pollution – so I’m calling for a new inquest into her death.

I’ll never forget the day we lost Ella. It was in the early hours of the morning on the last day of term. She had already picked out her outfit for the end of term disco. But just a few hours later she suffered coughing fits followed by several seizures. She was hospitalised and we lost her. She never made it to the party.

Ella was born healthy. She was an active and happy child – cycling, skateboarding, playing football and excelling at swimming. She dreamt of becoming a pilot. Then when she was six she developed asthma, and the frantic hospital visits began.

An inquest in 2014 into her unexpected death concluded that Ella died due to a severe asthma attack followed by a seizure, possibly caused by an allergic reaction to something in the air. But the exact cause has remained a mystery. Since then, coverage of the UK’s toxic air pollution increased and I began to think this could be the missing link.

A renowned medical consultant studying our case found there was a “real prospect that without illegal levels of air pollution Ella would not have died”.

This isn’t just about Ella. Air pollution causes around 40,000 premature deaths per year in the UK (1), and levels of nitrogen dioxide have been illegally high since 2010 in the vast majority of urban areas in the UK (2). The government has been taken to court three times over the illegal levels of air pollution in the UK and lost each time. And yet still the authorities are failing to act.

A new inquest wouldn’t just help me get answers about my daughter’s death. Linking air pollution to her death would be a legal first and would make the government look at how to learn from this to avoid future loss of life. It would pile pressure to clean up our toxic air and make sure what happened to Ella never happens to another child.