Trending
You are at:Home»Art/ Theatre/ Film»Broadway Theatre Catford – What’s On!

There is so much happening right now at YOUR local theatre – The Broadway Theatre Catford
Please support this fantastic Catford resource and have a brilliant time while you’re at it!
Here are a few of the upcoming shows – but for all the latest news and offers you can follow The Broadway Theatre on instagram @the.broadwaytheatre, twitter @BroadwayCatford and Facebook at ‘The Broadway Theatre & Studio Catford’ – now the most followed South East London Theatre venue!

Prepare yourself for the ultimate night celebrating one of greatest bands of all time!
Majesty are an outstanding reproduction of an outstanding band. Don’t miss this awesome night of Queen. You’ve seen the film and now it’s time to relive Queen in live band format – The show must go on!
Expect to hear all the classics – “Bohemian Rhapsody”, “Under Pressure”, “We Will Rock You”, “Killer Queen”, “Tie Your Mother Down”, “We Are the Champions”, “Another One Bites the Dust”, “Radio Ga Ga”, “I Want It All”, “Don’t Stop Me Now” and many many more Queen hits! 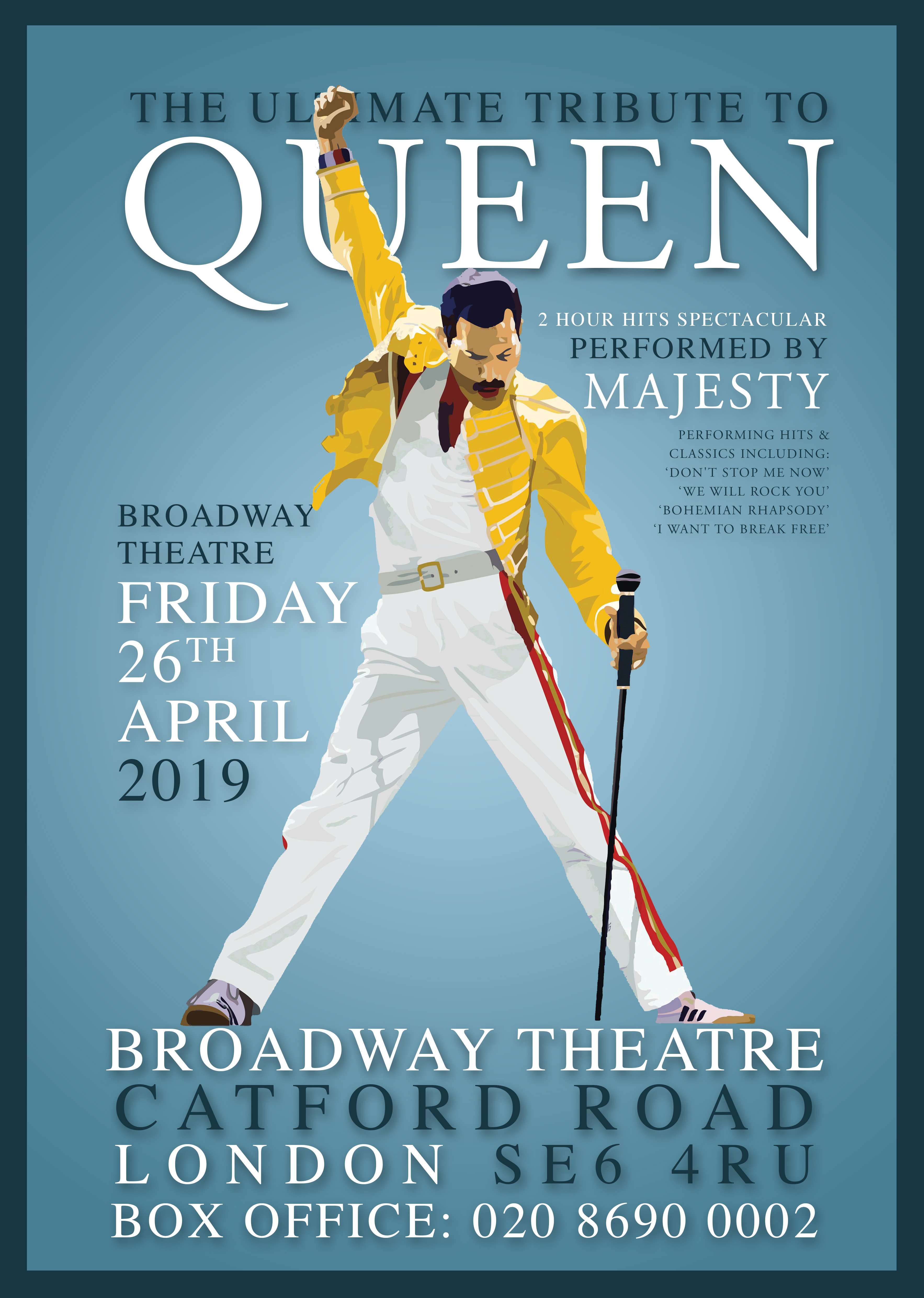 Bitty McClean
Saturday 4 May at 7.30pm

2019 Tour comes to Catford
Born in 1972, Bitty’s earliest memories were punctuated by the music he would hear courtesy of his father’s sound system, where at the tender age of ten he started singing over Jamaican Dub and Instrumental riddims.
In 1992, McLean had not only co-produced but played and sang on UB40’s hugely successful album “Promises And Lies” selling in excess of 8 million copies.
Signed to Brilliant Records by 1993 Bitty’s own recordings including It Keeps Rainin’, Dedicated To The One I Love and Here I Stand notched up 3 UK top ten singles by 1994 selling over 1 million records.
The subsequent years saw Bitty accrue a fearsome catalogue of top 30 singles, as well as playing UK arena tours with UB40, Wet Wet Wet and Simply Red.
In 2004, he released the superb “On Bond Street”, in which Duke Reid’s Treasure Isle instrumentals played by the legendary Tommy McCook and The Supersonics formed the basis of the album. Bitty complemented these 35 year old tracks with such elegance it was hard to believe he was not there when the tracks were originally recorded.
2006 was the beginning of what is now a twelve year collaboration with the worlds greatest rhythm section, Sly Dunbar and Robbie Shakespeare.
The trio have recorded and toured extensively, and continue to build on a musical catalogue which includes critically acclaimed albums Movin On’, The Taxi Sessions, Heart Mind and Soul and the newly released Love Restart. 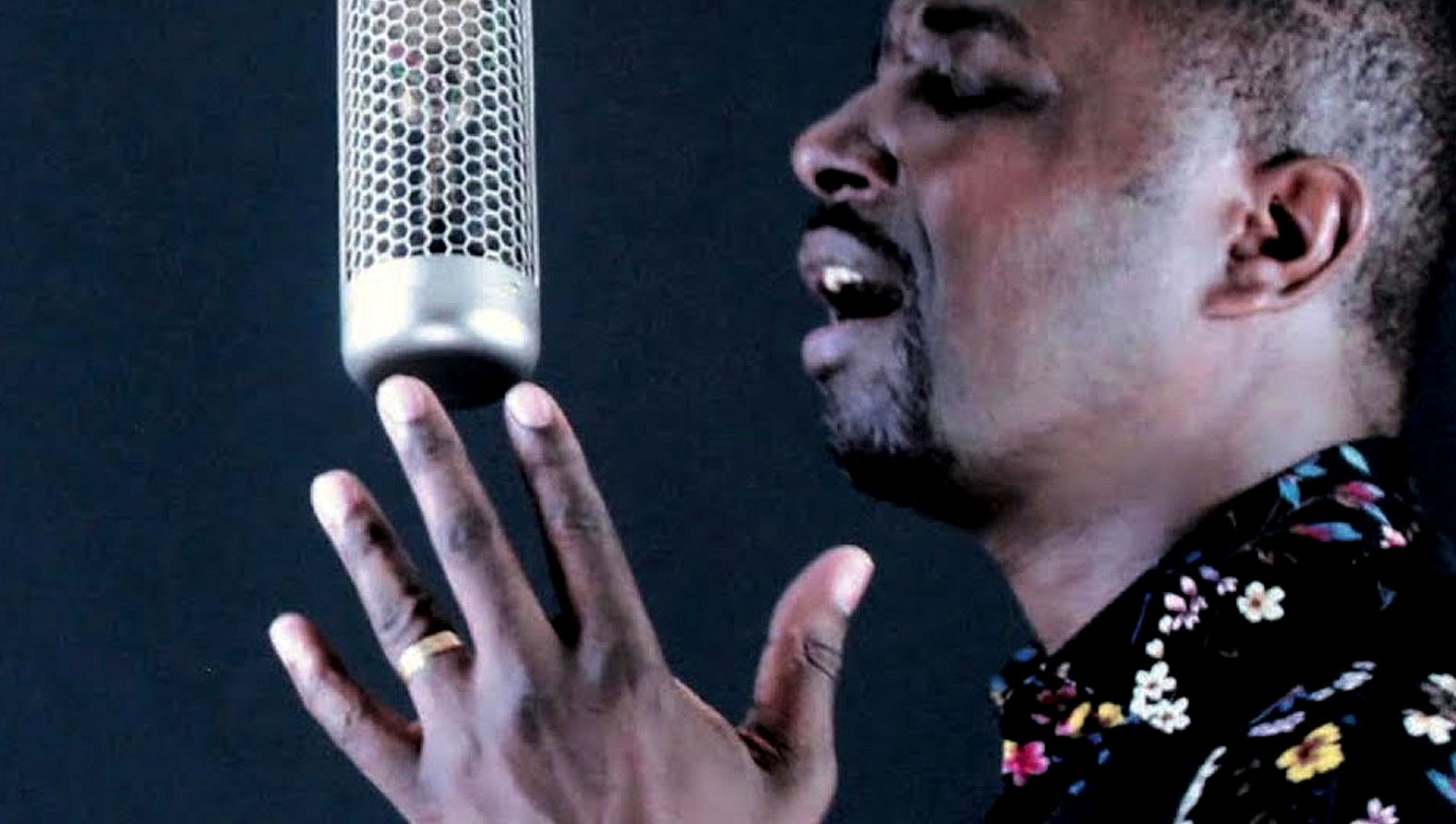 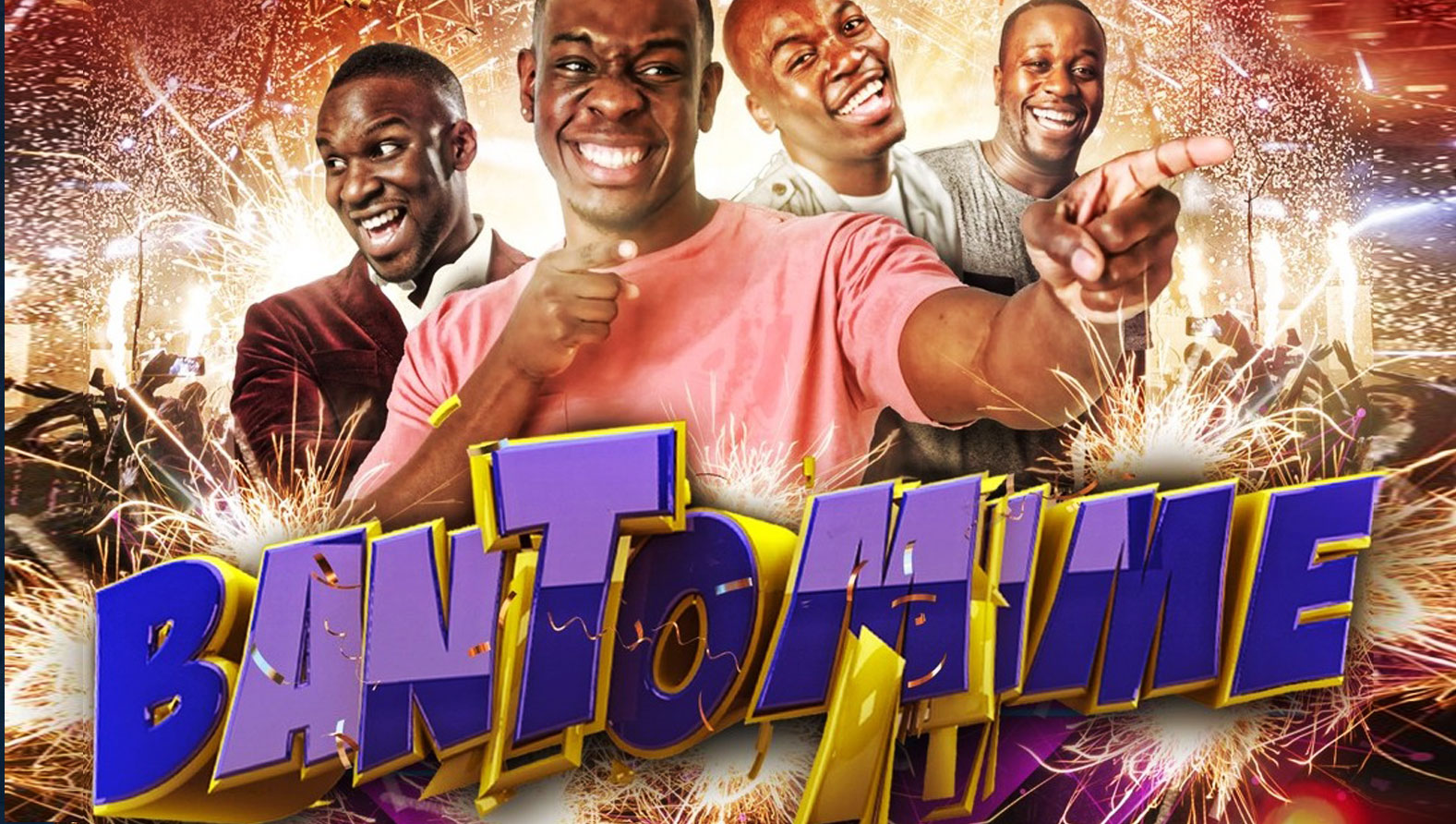 Oliver Samuels biggest blockbuster yet
56 East Avenue is the hilarious story of life in a ‘tenament yaad,’ it details the chronicles of a landlord trying to collect rent from delinquent tenants while at the same time creating a comfortable living space for the others. What is taking place down at 56 East Avenue?
56 East Avenue, the brand new comedy features Oliver Samuels, celebrating his 70th alongside a super star-studded cast: Volier ‘Maffy’ Johnson, Audrey Reid, Dennis Titus and Lakeisha Ellison. 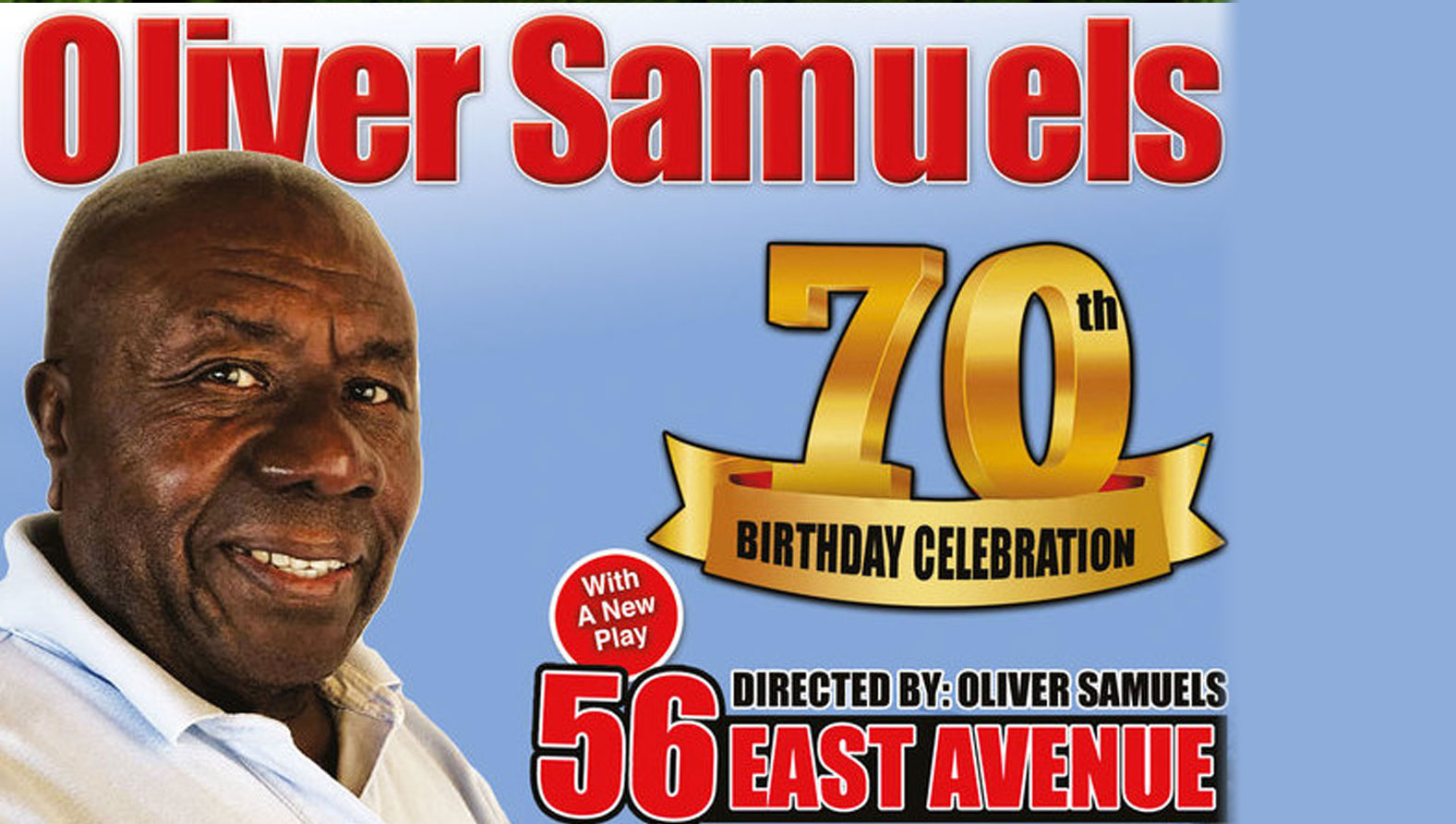 Magic of Motown
Sat 13 July at 7.30pm
The biggest party of the year!

Music fans are invited to the biggest party of the year as the unstoppable Magic of Motown show steams into town! Seen by over a million people, it’s no surprise that the show is one of the biggest success stories in British theatre history.
Prepare yourself for 40 back-to-back classic Motown hits, glittering costume changes, dazzling dance moves and outstanding musicianship in this explosive concert experience.
With timeless music of Marvin Gaye, Diana Ross, Stevie Wonder, The Temptations, The Supremes, The Four Tops, Jackson 5, Smokey Robinson and more.
This breath-taking concert spectacular takes you on a musical journey through all your favourite songs, including: Ain’t No Mountain, Signed Sealed Delivered, Dancing In The Streets, My Cherie Amor, Heatwave to name just a few!
This is a tribute show and is no way affiliated with any original artists/estates/management companies or similar shows. 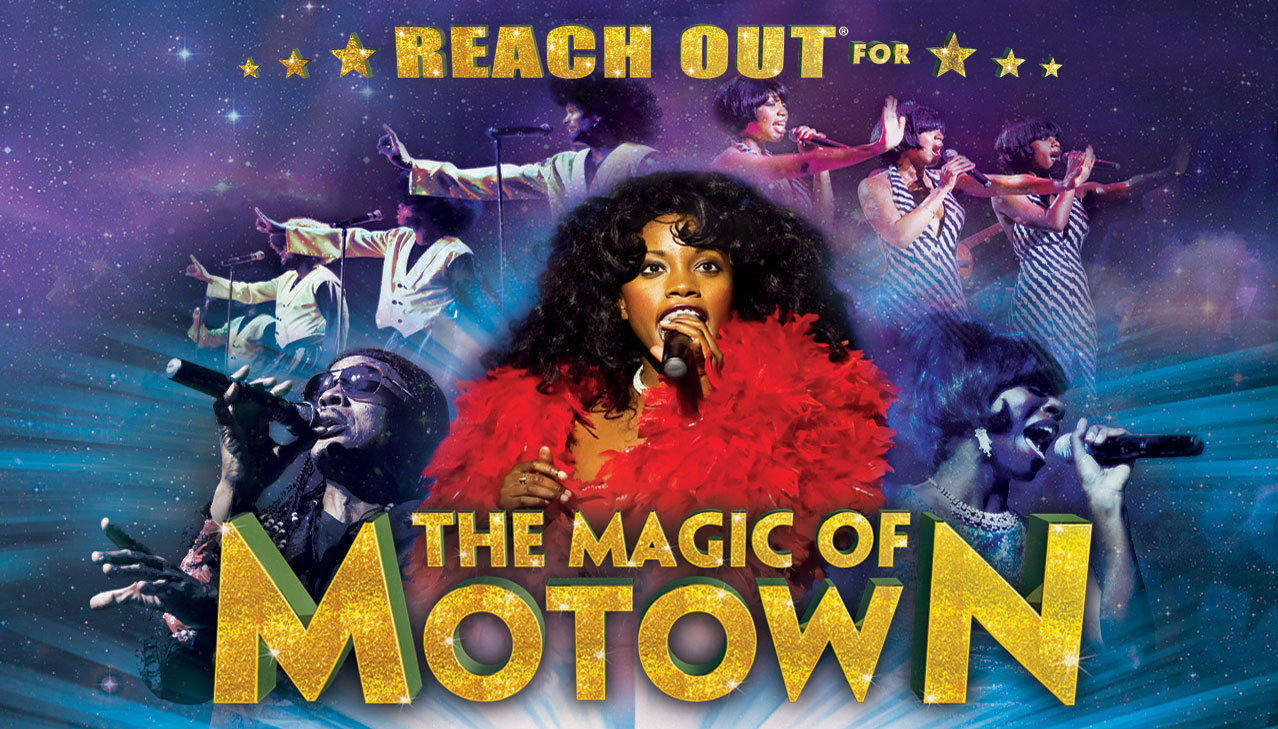