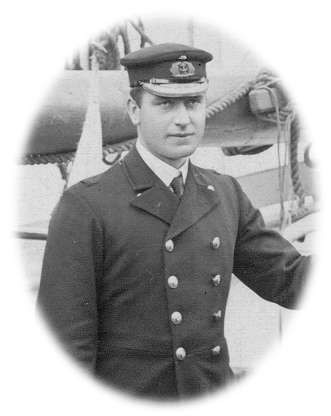 In 1929 the Kentish Mercury wrote: ‘Few Catford residents know that in their midst lives an Antarctic explorer.’ That is probably still the case, but I hope that more people will soon know about his life story, and help to commemorate it.

William Colbeck was born in 1871 into a large family in Hull, and after attending the Grammar School there, became an apprentice in the Merchant Navy. He first served on the Loch Torridon (a name with an echo in Catford), a four-masted sailing ship that took cargo and passengers to and from Australia. He later became an officer for the Wilson Line, which operated out of Hull.

In 1898 he was invited to join the British Antarctic (Southern Cross) Expedition, which was led by the Norwegian Carsten Borchgrevink. This party of ten men spent an entire year living in a hut at Cape Adare, on the Antarctic land mass, carrying out significant surveying and mapping work. William Colbeck was the expedition’s navigator and magnetic observer, and he made the first accurate map of the Ross ice shelf (which Amundsen used in his successful attempt on the South Pole). With two other members of the party, he reached the furthest point south achieved to that date (78° 50′).

His experience in the south polar regions made William Colbeck the ideal choice to be commander of the Relief Expedition for Robert Falcon Scott’s 1901–1904 expedition. Given command of a former whaling ship, the Morning, by the Royal Geographical Society, in 1903 he found Captain Scott’s ship, the Discovery, frozen in the ice in McMurdo Bay, ten miles from the open sea. The two ships’ crews attempted to dig and blast a way through the ice to free the ship, but they were unsuccessful. Enough food and coal were unloaded to last Captain Scott and his men for another winter, and the Morning sailed back to New Zealand, taking on board several of Scott’s party including Ernest Shackleton (another south Londoner). 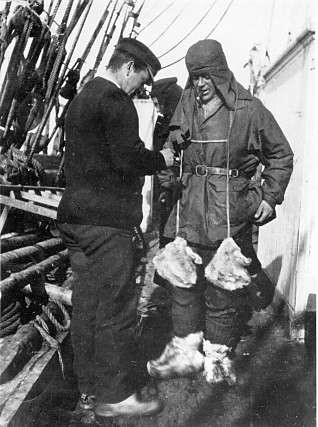 The following year, Captain Colbeck, now also commanding the Terra Nova (later the ship of Scott’s 1910 expedition), returned to Mc Murdo Bay, and after 40 days’ of digging and blasting, the Discovery was set free, and all three ships sailed back to England to an enthusiastic welcome.

If William Colbeck had not found Scott and his ship on the first voyage – which he achieved without the use of radio or any of the navigation aids used by even the smallest vessel today – Scott would never have made his second, famous, journey to the South Pole.

William Colbeck moved from Hull to Catford in 1913, when he was appointed Marine Superintendent of the United Shipping Company. His home at 51 Inchmery Road was frequently visited by other colleagues from the 1901–4 expedition, and he was one of the founding members of the Honourable Company of Master Mariners, whose headquarters ship, the Wellington, is the only floating City Livery Company Hall. He died in 1930 and is buried in Hither Green Cemetery.

When the Kentish Mercury reporter asked him whether he ever regretted the break he had made in his career to visit the Antarctic, he replied, ‘Never once. If you are young and have something to argue about, you are all right.’

Lewisham Local Archives have approved an application for a Lewisham maroon plaque to be placed on the house that replaced the original one at 51 Inchmery Road (which was destroyed during World War II). We hope it will be in place in 2016. If you are interested in learning more about Captain Colbeck, please contact me. Article contributed by Sandra Margolies (née Colbeck), granddaughter of Captain William Colbeck.